skip to main | skip to sidebar

Torquay, Agatha Christie and I 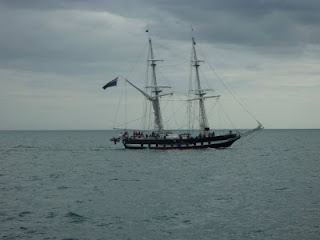 The sea on the way to Greenway plus a superb sailing boat. 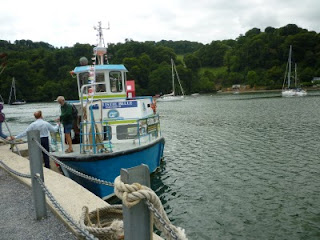 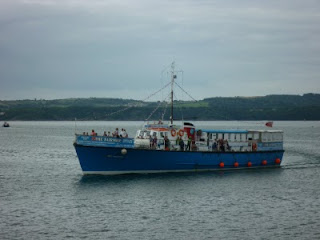 The two boats sailing towards Greenway. 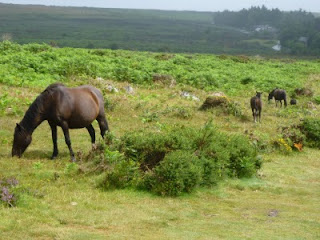 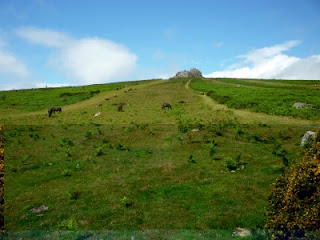 The moors. I loved going on the moors as a child . But the ponies at the time were very wild. You could not get too close to them. It is not the case anymore. I also love the thick grass of the moors and its heather. 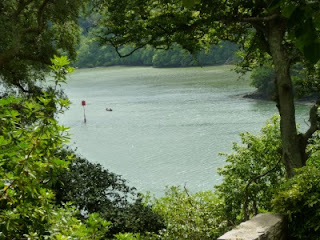 View of the River Dart from Greenway. 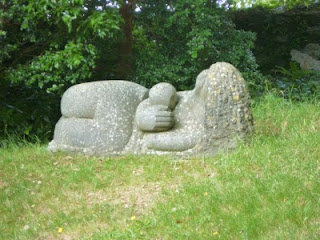 The mother and child sculpture. 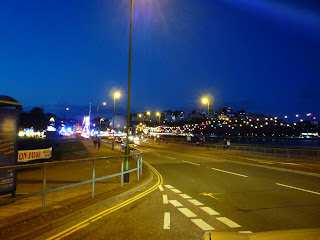 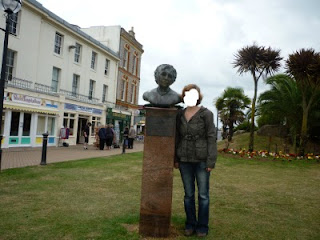 Agatha Christie and I. 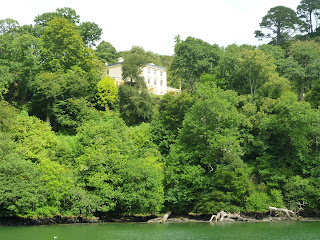 Torquay is my place of birth and being forty this year, I wanted to go back there to discover more about a place I found romantic and full of charm and I wanted to show this place and some places of Devon where I went as a child to my children. As a child, my mother always told me "you were born in Torbay hospital in Torquay". If she had told me "Like Agatha Christie, you were born in Torquay" it would have sounded a bit different. Agatha Christie was half English half American and I am half French half English. When I was ten, I read some of Agatha Christie's novels first in French I have to confess. I was of course attracted by novels like " A Pocket Full of Rye" because I suppose like her I liked the nursery rhymes I had memorised like this one. My mother used to sing them to me and I loved the illustrations in the small books of nursery rhymes I had. It is only late in my life, I can't say when, that I learnt of Agatha Christie's birthpace. But something I knew since I was eight, Agatha Christie had a holiday house on what I thought was an island on the River Dart and her daughter lived there but we couldn't visit it. It was a mystery and it remained as such until this year. Indeed, we stayed at the Babaccombe Guest House in Torquay, and there, Tony and Pauline told me we could now visit Agatha Christie's house. Apparently, people have been able to visit her house in Greennway since last year. It was her holiday house, but her daughter's main house. And her daughter and husband Anthony plus Agatha Christie's grandson Mathew (he is now eighty or in his eighties) decided to donate the house to the National Trust. This was a good idea. I was amused to learn that Agatha Christie's family was a family of collectors. And you can't take photos of the inside of Agatha Christie's house (you can buy a book where you have such photos in it) I think it is a good thing. You can take photos of the outside.


So as a child, we used to go to Dartmouth from Totnes, and on the way, we were told of Greenway. But the name of the place "Greenway" was not mentioned. This summer, we went from Torquay to Greenway, that means from the sea to the river and it was more impressive. We had to go on two different boats but that had not been told to us. We had to change boats from Dartmouth. The boat from Torquay is taken from the Princess Pier of course. When in Dartington Hall (at the Cider Press), I fell on Agatha Christie's Devon by Bret Hawthorne, so I bought it of course, and it was the last specimen they had. It was meant for me. On page nine, Bret Hawthorne says "there is said to be a mother and child sculpture somewhere which I have never been able to find". Well I have found it and it is here.
Nadine

It's pretty good to visit a place of your childhood. Brings back the memories. You've got a very beautiful home town. It would be nice to visit Torquay holiday cottages and spend a relaxing holiday.

Thank you Mary for your tip!